Thanks to Pat Short and Coronation pub

We would like to say a big thank you PAT SHORT. Pat was FANTASTIC help. Have a look at our new, colourful and beautiful hanging baskets outside the Jubilee.

Terri Marriner hands over the £1,000 donation from the 'Corrie' quiz teams to Liz Bowskill 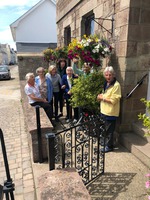 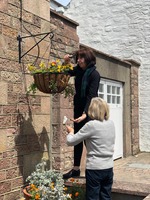 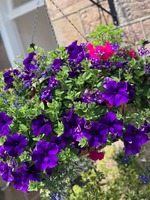 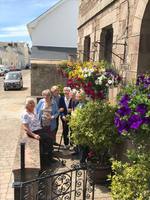 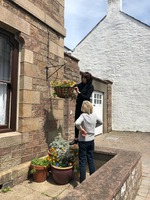 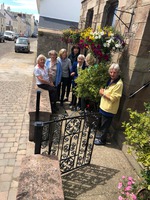 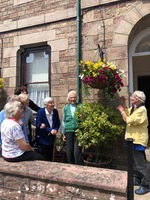 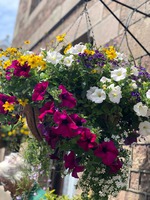 Alderney 'Eggheads' are using their brain power to raise money for a sanctuary of serenity at the Island's haven for its old folk.

Members of the pub quiz teams at the Coronation pub have handed over £1,000 cash towards the Garden Fund at the Connaught Care Home.

Each team members pay £1 to enter the weekly general knowledge challenge at the 'Corrie' and the winning team then chooses which charity will benefit.

Donations have been made to Alderney Cancer Relief, Age Concern and the Alderney Lifeboat, but a lot of teams chose some time ago to help the garden project at the Connaught and the money built up.

The garden holds particularly precious memories for Alison Crawford, who put forward the idea of the teams supporting it: "My mother was a resident of the Conanught until she died a year ago." she said.

"Mum had dementia and had no idea where she was, but she was a keen vegetable grower and loved the vegetable garden at the Connaught. I remember we sat in it one day and she made me pick some runner beans and take them to the kitchen. She had remembered which is why it is so important to me."

Terri Marriner, landlady of the 'Corrie' handed over the cash to the Connaught Manager Liz Bowskill, who said: "We would like to say a massive 'thank you' to Terri, Alison and all of the quiz teams who helped.

The garden project is ongoing: "We have a gardening club which meets each week and is open to members of the community as well as our residents and the garden is also open to people from outside as well. It is a work in progress." Liz added.