Rev Mignot was an ordained Methodist minister and was synonimous with ecumenical life in Alderney. He also served for many years as the Queen's Representative on the States and as chaplain to the Royal British Legion. A war time evacuee, Rev Mignot was fiercely proud of his Island home and penned a song about coming home to it, which later became Alderney's unofficial anthem. Rev Mignot was ordained as a Methodist minister at Manchester Central Hall in 1955. When he began national service with the RAF he was already a local preacher in Glasgow, the city he was evacuated to during the war. When he was demobilised in 1949 he began ministerial training at Didsbury Methodist College in Bristol. He then took up his first probational appointment in Govan and began to study for his Batchelor of Divinity degree at London University. It was while taking exams in Exeter that he met his beloved wife Eileen, Rev Mignot had a varied and challenging ministry, serving in postings around the country before retiring to the island of his birth. They included Govan, the tough Glasgow district that became his home during the evacuation, Lozells, in inner city Birmingham, Weston Supermare and even a six week spell in the Smoky Mountains, home of theme park Dollywood. Rev Mignot was evacuated to Glasgow aged 10 in 1940 and left school at 14 to study shorthand, typing and book keeping, later taking a job in an office.
He learned it had not been time wasted. 'When I received the call to ministry, while on National Service, I wondered whether it mean that so much of this training and experience had been wasted,' he later wrote. 'However, not only was I able to type sermons, letters and other documents, but I was able to do the account books of small churches, which no-one else was able to do so. And I had an eye opener when I visited these folk in their single-end tenament homes, where the toilet for the whole tenement was at the far end of the muddy back yard, seeing how some overcame the conditions and would scrub and polish and clean - and others who gave up the struggle. It was the beginning of my pastoral work and through my ministry I would visit assiduously, care about those in poor conditions and try to provide social as well as spiritual help.'

After 40 years of ministry he and Eileen retired to Alderney. Here he embarked on a busy life as a supernumary in the Methodist Church. In order to work in the wider community he was granted a licence as Associate Priest in St Anne's Church by the Bishop of Winchester - the first such appointment in the Channel Islands. 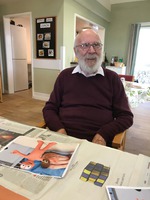 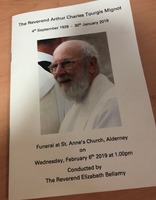 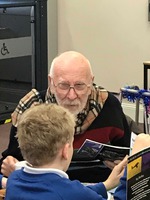 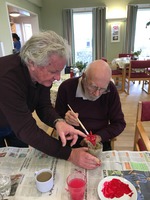 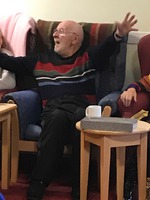 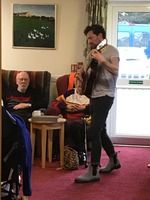 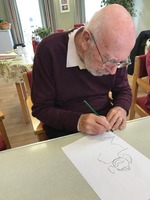 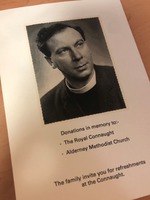